Kodi and Yeti are two of the best cooler brands on the market. They both have great ice retention capabilities, phenomenal build quality, and splurge-worthy price tags. But in the battle of Kodi cooler vs Yeti, which brand deserves the crown?

In this article, I’ll compare Kodi and Yeti coolers based on:

By the end of this post, you’ll be able to confidently select the cooler brand that suits your needs. Let’s get started!

>> Check Out the Best Selling Yeti Coolers on Amazon <<

Kodi and Yeti both heavily invest in innovation to provide the highest-quality products possible.

Compared to Yeti, which has been around since 2006, Kodi has just entered the big market in 2014. Even so, it has quickly taken its place on top due to its innovation, design, and powerful ice retention.

You can’t go wrong with either cooler—both are sure to satisfy your summertime needs. 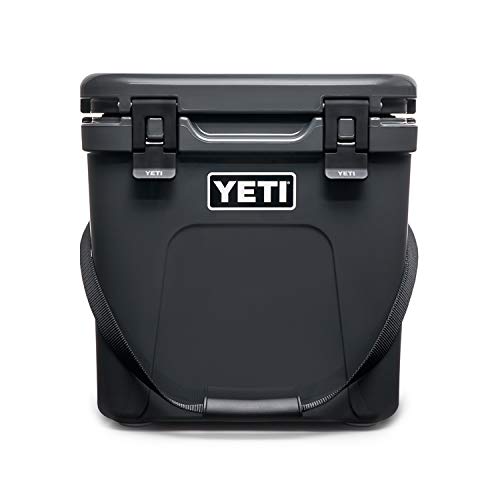 When you think of high-end American coolers, Yeti is the first to come to mind.

Yeti coolers are notable for their supreme thermal insulation, their “indestructible” outer shells, and, of course, their exorbitant price tags.

But there are quite a few cooler brands that offer comparable products at more affordable prices, like HEB’s recently released Kodi coolers.

Let’s take a look at the similarities and differences between the two:

Kodi and Yeti have starkly different designs. Yeti is arguably the most popular premium cooler line in the US, and is often the first choice by many who don’t mind paying several extra dollars for a well-known brand.

They come in multiple color options, from classic white to king crab orange to desert tan. They also have limited-edition coolers that are adorned with sport team logos and unique patterns.

Yeti doesn’t skimp out on modification options as well. Apart from their wide range of pattern and color options, Yeti offers special services in which you can have your very own custom logo imprinted on the cooler.

Kodi coolers have a much more sophisticated design. Their color options are somewhat limited, usually available in white, gray, brown, and aquamarine. At the time of writing, the Kodi brand doesn’t offer custom modifications.

A notable design difference between the two is that Kodi coolers come with a LiftEase Vacuum Release valve that eliminates the struggle of opening your cooler. Yeti models don’t have this valve.

In terms of design, Yeti coolers win this round.

>> The Best Kodi Coolers on the Market <<

One of the Yeti’s selling points is its premium durability. All the coolers in the Yeti line are extremely resistant to damage, having been tested for high impacts, heavy loads, and campfires. They don’t crack or shatter when accidentally dropped.

To prove that they’re not all talk, Yeti manufacturers even hired a 500lb wrestler to damage a Yeti cooler. The cooler survived with flying colors, with little to no scratches.

The Yeti also went against a grizzly bear. The bear did its best to open the cooler but ultimately walked away without accessing any of its contents. The cooler suffered from minor claw marks and punctures, but not much else.

Kodi coolers also do quite well from a durability standpoint. They’re advertised to be “unbearably strong,” constructed with kayak-grade, roto-molded plastic. The rubber components are slightly lower grade, but not enough to warrant a complete replacement.

Yeti and Kodi can both take a real beating without much damage. However, since the Kodi didn’t stand against a 500-pound wrestler and a bear (not that I know of, at least), the Yeti might need to take this round home.

The Yeti and the Kodi can both hold ice for five to seven days.

To keep things consistent, I compared the ice retention rates of two similarly-sized hard coolers over a six-day period.

The ice has completely melted in both coolers by day six.

When I tested the liquid, they both held just about the same internal temperature; the Yeti at 50°F, while the Kodi at 52°F.

The Yeti holds ice slightly better than the Kodi. Even so, the ~2°F difference isn’t a major deal-breaker. Competition-wise, I’d have to say that it’s a tie.

Both coolers have some really neat special features. Let’s take a look at the features found on a Yeti Tundra 75 hard cooler and a Kodi 75 hard cooler:

There’s no real winner between the Kodi and the Yeti. Both have their own special features and designs, so it all depends upon the consumer. If you don’t mind spending a few dollars extra for the Yeti, go for it! If not, the Kodi is an excellent alternative option.